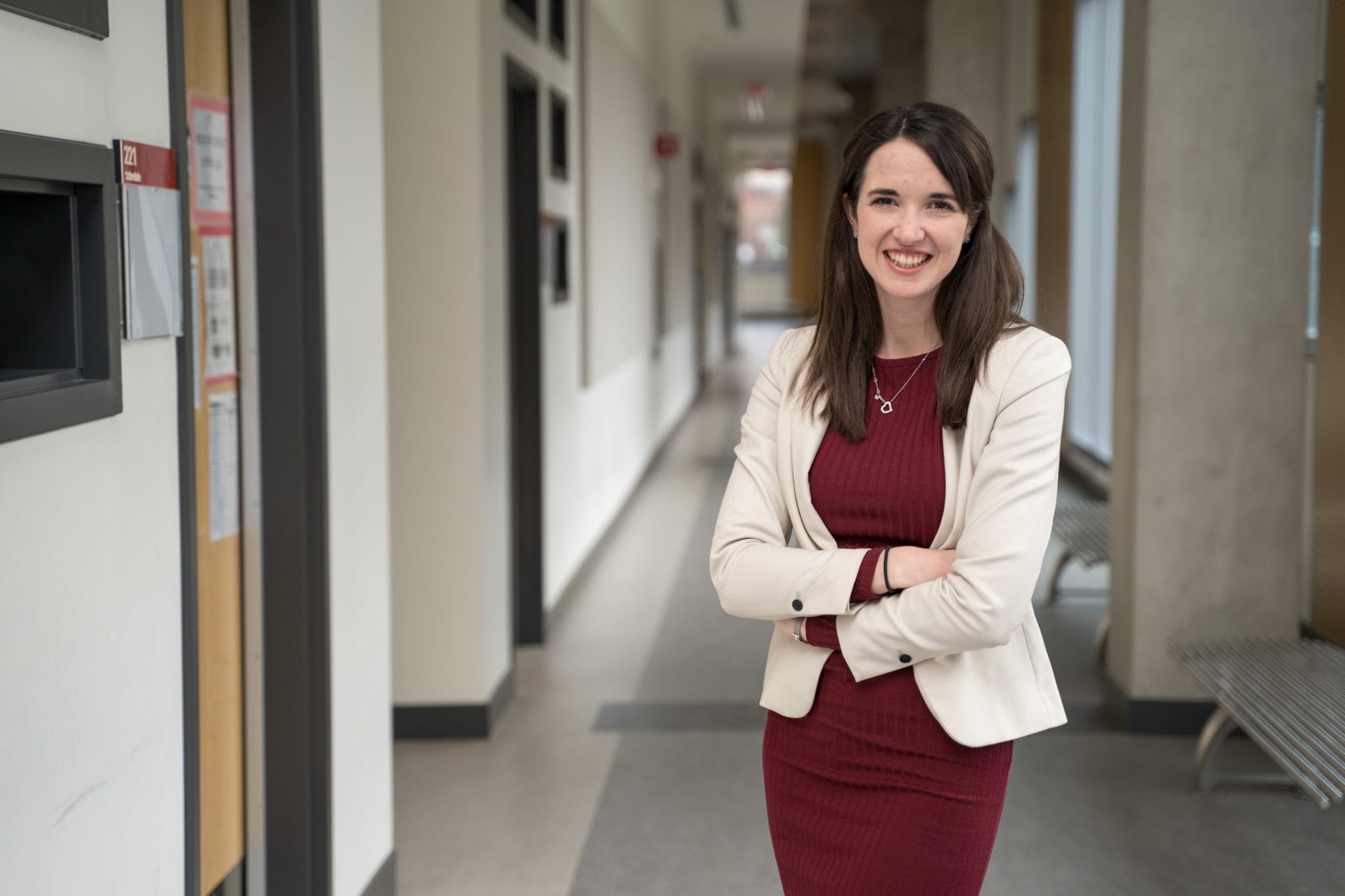 "When my mom was in elementary school, her best friend went missing. About six years ago, they were reconnected and my mom began to learn her story. At the age of 14, my mom’s friend was trafficked for sex in Ontario, Canada. When I heard her story, I was shocked and heartbroken. I began asking questions and started doing research to better understand the realities of human trafficking. I was compelled to fight this injustice and to find ways to prevent other people from being trafficked.

In 2013, I joined Untied Freedom, an anti-human trafficking task force, to raise awareness and funds for a local and a global anti-trafficking organization. Through our events, I learned about an organization called Mahima Homes in India. The work they were doing to support individuals post-trafficking was unparalleled. I hoped to learn from their efforts to share practices in Canada in order to strengthen our approaches to reintegration and rehabilitation.

During the Masters of Education program at York University, I visited Mahima Homes and listened to the stories of women and girls who had been trafficked as part of my thesis research. They shared their stories of resilience and their dreams for the future. The freedom fighters - the women and girls who shared their stories with me - inspired me through their courage, their desire to support others, and their outlook on life.

When I returned to Canada, I was invited to share with the Federal Government learnings from my research on human trafficking in India with the Standing Committee on Justice and Human Rights. It was a privilege and honour to be invited to advocate on behalf of the women and girls who had entrusted me with their stories.

During the following months, I was deeply troubled in my workplace and volunteer settings; I felt disconnected from my purpose. I believe the most important thing in life is relationships, and after the tragic passing of Tatiana Blackburn, I was moved by the immeasurable impact that she made in her 20 years of life. I wondered, “How can I use my time, skills and knowledge to fight for justice and to love other people authentically?” Shortly afterwards, I left my “dream job” and began working for Fight4Freedom, a Canadian organization dedicated to ending sex trafficking and sexual exploitation.

Today, I am the Education and Research Coordinator. In this role, I help raise awareness as a preventive measure and conduct research to disseminate new knowledge on human trafficking. Alongside other team members, I journey with individuals impacted by exploitation and support them in various ways. In January, I am launching a TV show called “Freedom Fighters: Code Gray” which will inform people on human trafficking and empower them to make a difference.

My work at Fight4Freedom is rooted in the belief that every human being has value and worth. If you look at the sheer statistics of human trafficking in the world, it can be overwhleming. I want to highlight that each number represents a different person with a unique story and dream for the future. We need to continue to find ways to work together to shed light on this injustice and support individuals who have been impacted by exploitation in Canada and in the world."

To learn more about human trafficking and resources available in Canada visit: helptraffickedpersons.org. If there is immediate danger or if you suspect a child under 18 is being trafficked, call 911 or your local police service. For information and support, call Canada’s confidential Human Trafficking Hotline: 1-833-900-1010 or visit www.canadianhumantraffickinghotline.ca.