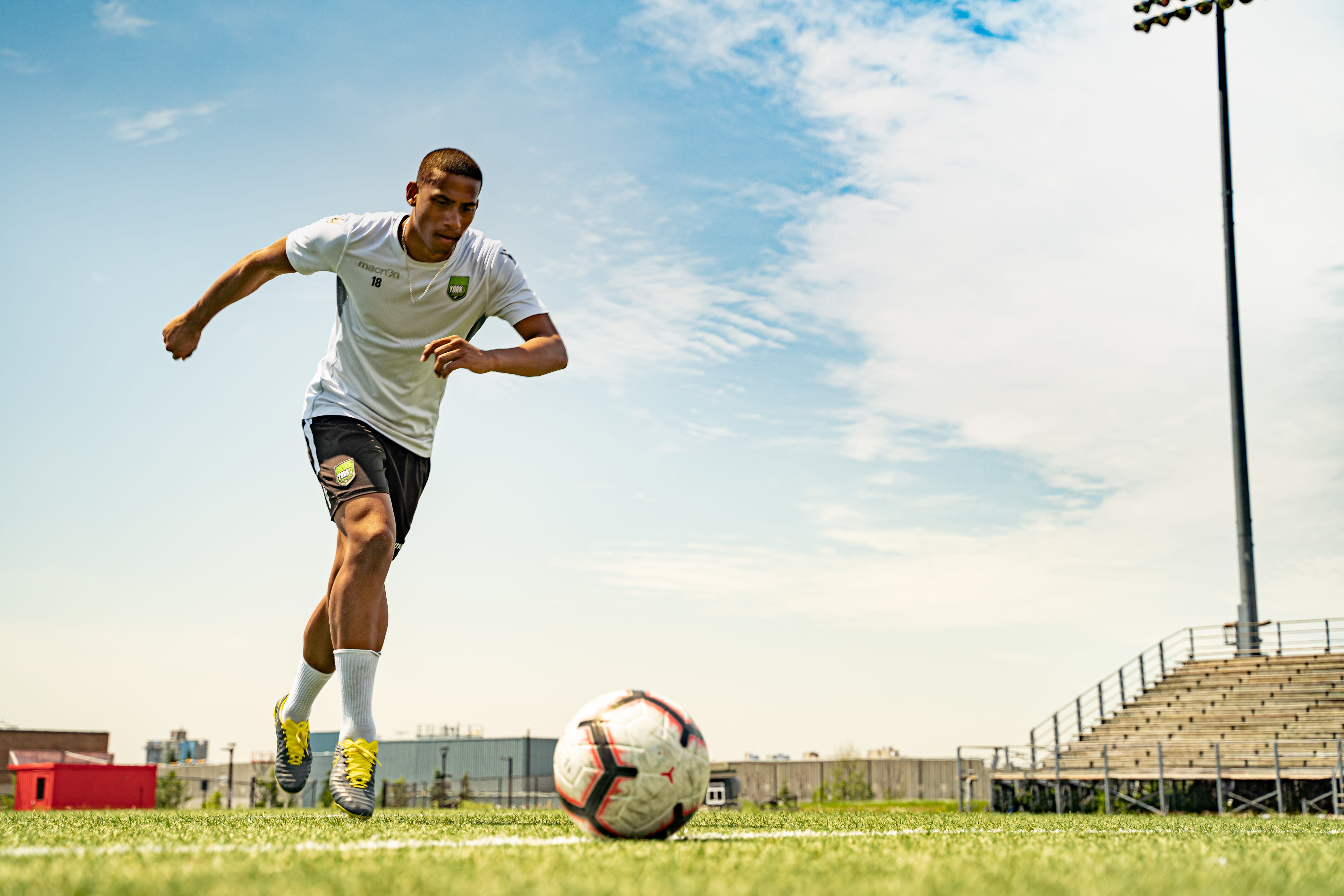 "It’s nice to know that I can be a person to pave pathways for younger kids and to show them that dreaming this dream really is achievable.

My love for soccer started way back before I could possibly remember because my dad was a football player as well. He loved the sport but one of the things he never did was push a soccer ball into my hands. I only started playing competitively when I was 12 back in Trinidad and Tobago, and that’s when I really fell in love with the sport. Playing soccer, you’re able to meet new people and it almost becomes a pathway to a social group. That was one of the main reasons I fell in love with the sport.

I moved to Canada when I was 17. I came here by myself and I have a lot of family, aunts and uncles here, but my parents and immediate family still live in Trinidad and Tobago and it was a big step to move away. But I came here to get a better education. We knew Canada would provide better opportunities, and looking back at what it turned into, it guided me to where I am today, as a professional soccer player. It’s funny how things turn out.

At 12 years old, it’s every kid’s dream to be what they see on TV. You have this life goal that you could be a professional soccer player. But the TV never shows you behind the scenes work that it takes to get to that point. Until you’re in that transition or that moment, you don’t realize how hard it’s going to be to get to that profession. For me, being a professional soccer player was always a dream. As time went on, it became less and less of a dream, because I started school, went to university, started playing for the York Lions. But nowadays you get to the point where you’re seeing stories of how clubs want kids when they’re younger, 16, 17, 18. As I got older, I never dwelled on it and always said if anything was to happen, it would happen for a reason.

Coming straight from OUA, I got a call to Toronto FC for the college combine, was invited to practice and then within the following months, was offered a contract to become a professional. It was like, wow. Within the following year, moving up again to the next contract and now transitioning into the Canadian Premier League, Canada’s new men’s professional soccer league with York9FC, something kids who are now watching TV, that’s their dream. I’m living their dream. It’s nice to know that I can be a person to pave pathways for younger kids and to show them that dreaming this dream really is achievable. I’m just happy to be a role model for those kids."

Ryan Telfer is a current professional athlete for York9 Football Club and an alumnus of York University. York9 FC is a men’s soccer team that plays in Canada’s professional men’s soccer league (CPL) and are playing their matches in York Lions Stadium, located on the Keele campus of York University. York Lions Stadium has outfitted additional seating, fan-focused amenities, and soccer-specific grass to its already impressive facilities to create a great soccer-viewing experience for fans. Catch Ryan in action or for more information on York9 FC, go to york9fc.canpl.ca or yorkulions.ca