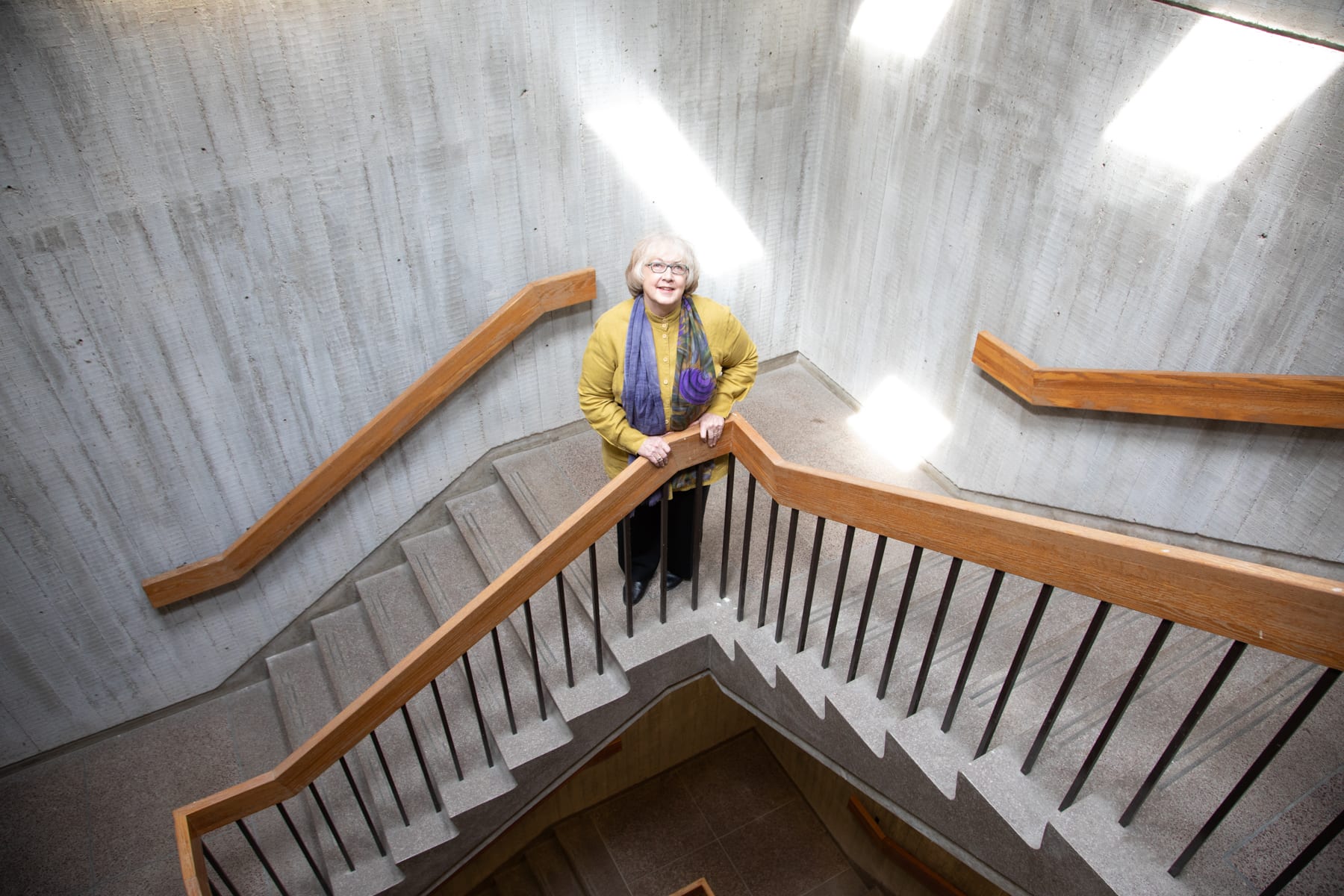 "I grew up in the small town of Bemidji, in northern Minnesota. When I was young I enjoyed and was very engaged in physical activity. At my high school, there were no sports for girls because I attended school before the Supreme Court Title IX ruling which legislated equality for girls' and women's sports and boys' and men's sports in publicly funded institutions in the United States. But there was a golf course in my hometown so I started playing golf when I was young. I competed in the club system and became successful as a golfer. I knew that I wanted to be a teacher and my interest in physical activity led me to complete a BSc and a BEd with a major in physical education and health at the University of Minnesota. I then completed a MA at the University of Michigan before teaching physical education and health for two years in a high school outside of Chicago."

In 1970, I was hired by York University as a full-time faculty member in what was then the Department of Physical Education and Athletics and what is now the School of Kinesiology and Health Science. I feel like I've had many different careers in my 43 years as a faculty member. Now I am a retired faculty member. In reflecting upon my career I realize how fortunate I was to be a part York during its dynamic evolution. It was amazing to be part of creating what is now the Faculty of Health and the School of Kinesiology and Health Science as well as the programs in Athletics and Recreation.  There were so many opportunities to be engaged. I mean, the institution needed everything from governance to new program and curriculum development to advising students and mentoring new colleagues and much more.  It was an amazing experience to be a part of creating a new university.

During my early years at York I was developing intramural sports for women, sports clubs and instructional programs. I was also coaching the varsity women's swim team, and I was teaching a number of practicum courses, including golf, tennis, lifesaving/ lifeguarding, swimming, and emergency care. In addition, I was team teaching health academic courses. I was involved in the college system. It was challenging and fun.

After being at York for many years, including serving a year as Acting Chair in my department in the mid-1990s, I recognized that my commitment to and connection with students in the teaching/ learning process gave me energy and my career meaning and direction. I was fortunate to be able to serve as the Undergraduate Program Director for ten years with Merv Mosher as my Associate Director.

Our priority initiative was to conduct a major curriculum review to internationalize the curriculum; to expand the curriculum beyond the colonial, Eurocentric tradition. We built programs and added courses that represented the demographic make-up of the student population and the city. The curriculum became intentionally more global and inclusive. We also were able to bring in new core courses in emerging areas critical to undergraduate education such as human nutrition, socio-cultural perspectives, and the psychology of physical activity and health. These are two things that were accomplished with the curriculum during my time at York.

It was also important to find ways to recognize student excellence and support students financially. Very early on, working with Steve Dranitsaris, the Director of Alumni Affairs, we developed a Kinesiology and Health Science Awards and Scholarships program which recognizes undergraduate and graduate student academic excellent and leadership- needless to say, this program has grown exponentially over the last three decades. We also created the York University Sport Hall of Fame to recognize outstanding athletes, coaches and builders.

In 2002, I finished another graduate degree in community counselling and created a new academic course titled: “Counselling Skills for Kinesiology and Health Science”. This is a very experiential course and a joy to teach. My community connection with counselling has been as a volunteer bereavement counsellor and a bereavement group co-facilitator at a community hospice for nearly twenty years. This has been a very meaningful experience.

In my retirement, my commitment to inclusivity and diversity remains strong.  I'm a product of the 1960s in the [United] States and the issues around civil rights, gender equality, and the peace movement fostered my sense of activism. I came to Toronto and was very engaged in my work at York, but I also became very involved in Amnesty International which led me into refugee sponsorship work. In the early 1990s, I became chair of a refugee sponsorship committee in central Toronto and I continue to be involved in supporting newcomers to Canada in my retirement.

When I heard about the shooting at the Mosque in Quebec City in 2017, I remember grappling with such questions as: “How do I make a difference? How can I do something?” In the short term, I knew that I wanted to hold a vigil and I was able to garner support through my church and from the Arab Community Centre of Toronto. I did not anticipate the “Prayers for Peace“ vigil to be so powerful and unifying an experience for members in my community -- we were brought together because of an act of violence but we found peace and hope in our act of gathering.

This sparked for me, in collaboration with Barbara Sheffield and others from Islington United Church, a commitment to explore and create new opportunities for interfaith activities in partnership with the Arab community centre. Since the initial vigil, we have organized numerous events including hosting an Iftar meal during Ramadan.  We staged the dinner in our church with the New Canadian Kitchen providing Arabic food! For our next event, we organized a four-day interfaith residential youth camp for Christian and Muslim youth. We followed that with an interfaith service last August, where 55 prayer shawls, knit by community members, were blessed by an Imam and a Christian minister and given to the families of those involved in the Quebec City mosque shooting.  Our next major initiative earlier this year was a lecture series on understanding the common Abrahamic roots of Judaism, Christianity and Islam with over 150 people from across the community attending these lectures.  This spring we partnered with the Islington Village Business Improvement Association to create and implement a “Ribbons of Peace” campaign. This project involved community members inscribing and tying white ribbons of hope, inclusion and peace along Dundas Street West between Islington and Kipling Avenues."